The Accelerator (Akari) is an amethyst tower that uses a plasma beam to damage enemies. She will deal continuous damage to enemies that walk between them. The accelerator requires time to charge, but in return deals high damage.

According to Billie, she is one of the rebellious Amethyst thieves - who just found a “rather interesting CELRIO project”

This tower is a level locked tower, requiring you to beat Master before unlocking it.

Accelerators can be connected to an infinite amount of other Accelerators. To reroute them you will need to use the Change Targeting button.

Accelerator's beam has separate stats. The calculations for the stats are as follows:

"A notorious thief that happened to find an interesting CELRIO project. Accelerators only function when there are at least two on board, creating a plasma beam that evaporates all voids that walk between them. Surprisingly, the CELRIO company allowed her to use it in the end." 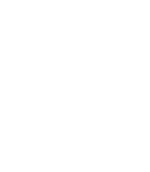