Artillerist is a AOE type tower that deals splash damage, and is generally good for early and mid game but later on it is outclassed by KFP90 Gunner (level 5 Gunner) and Reaper.

"As they do in the early days, the only way to settle a war is with explosives! General Noob uses an M79 Thumper to blast voids in a large radius." 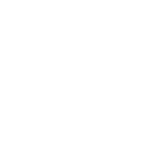