Uh oh! Seems like this article is lacking information. You can help us by expanding this page.

Delta slowly builds up damage overtime when not attacking, and inflicts all of it on incoming enemies. He's capable of destroying huge enemies instantly, but it will take some time to charge that power. Delta's damage becomes halved every start of a new wave until Level 15, whereby there will be no decrease at the start of each wave. Delta is able to devour strong enemies instantly with his ability, and can also sacrifice base health in exchange of faster charging. 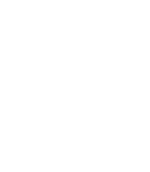 Place Delta on the back so he can recharge damage and kill stronger enemies.